One Week in Peru

On Friday, June 13th of 2014, I quit my job without an idea of what to do next. Two days later, I found myself on a plane to Peru. The thought of going to South America came to me only the day before, and I booked my flight that same night. I wanted to explore culture: to figure out what part of me was human, and what part American. The only way to do that was through contrast.

I didn’t book a hotel beforehand, nor did I plan out what I would do for the week that I was there. I decided it would be funner to figure it out as I go. I traveled light, with only a book bag, so that I wasn’t tied down to any particular location by heavy luggage.

Cusco is a high city in southeastern Peru with a population of just under half a million. The Peruvian sun gleamed deceptively, burning my face but not creating any warmth; you needed a sweater to traverse the days and a jacket at night. 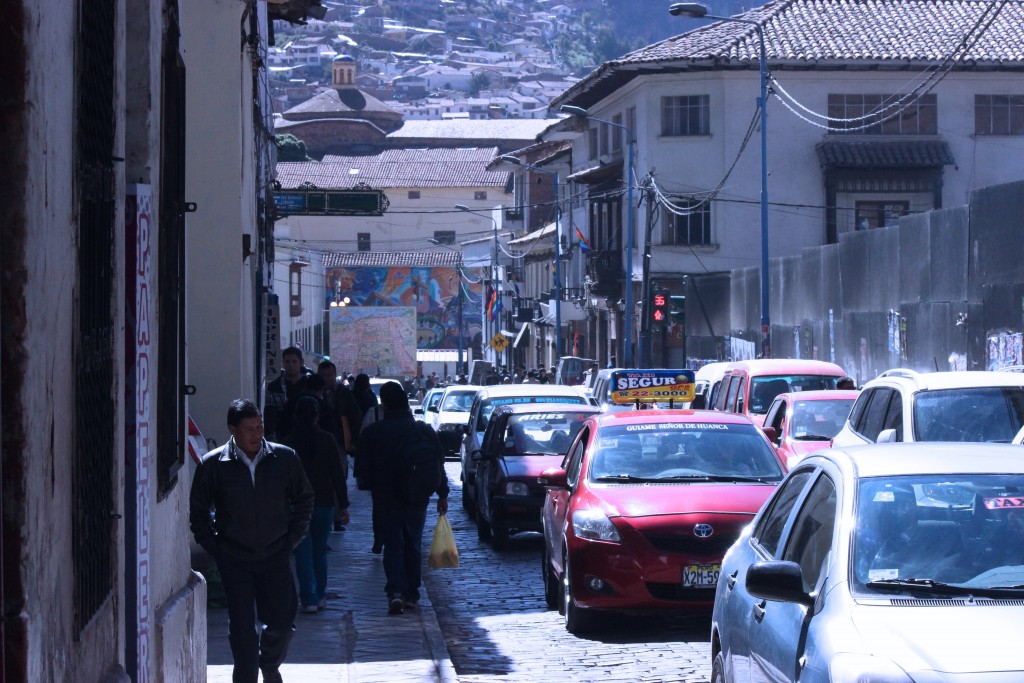 The streets were narrow and the people nice. I felt welcome and human. 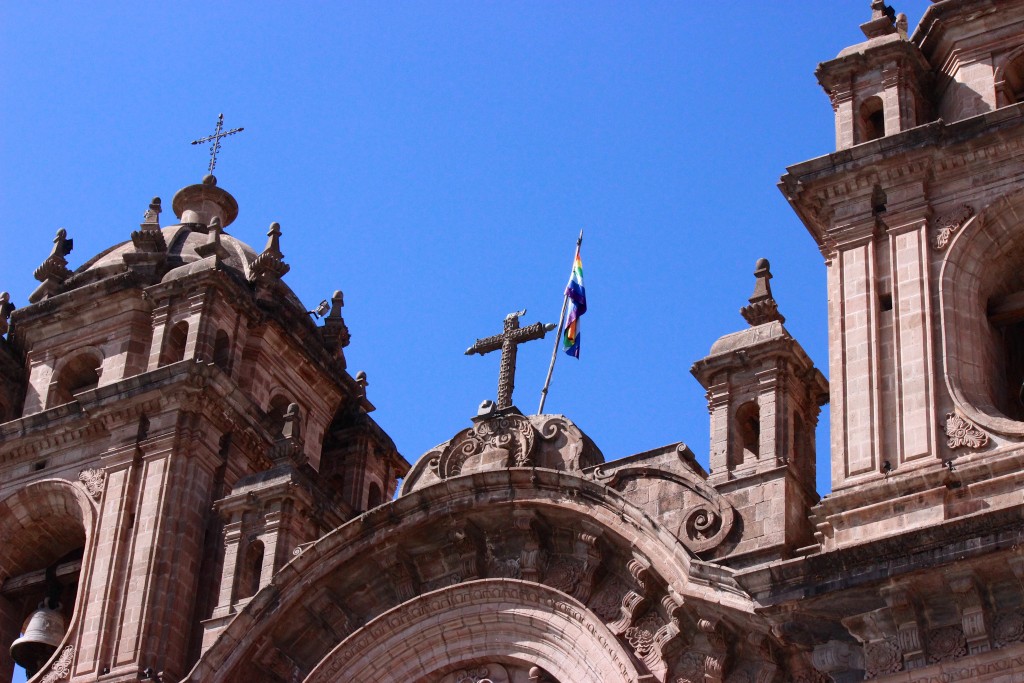 Cusco is situated near the Andes, the longest continental mountain range in the world, and elevated well above what I was used to: 11,200 ft above sea level. I had difficulty breathing the first couple days, and I always felt out of breath, even when I wasn’t moving. The natives recommended cocoa leaves to help with altitude sickness.

I happened to arrive during a time of the year when week-long celebrations took place, with colorful and golden parades and marching alpacas. 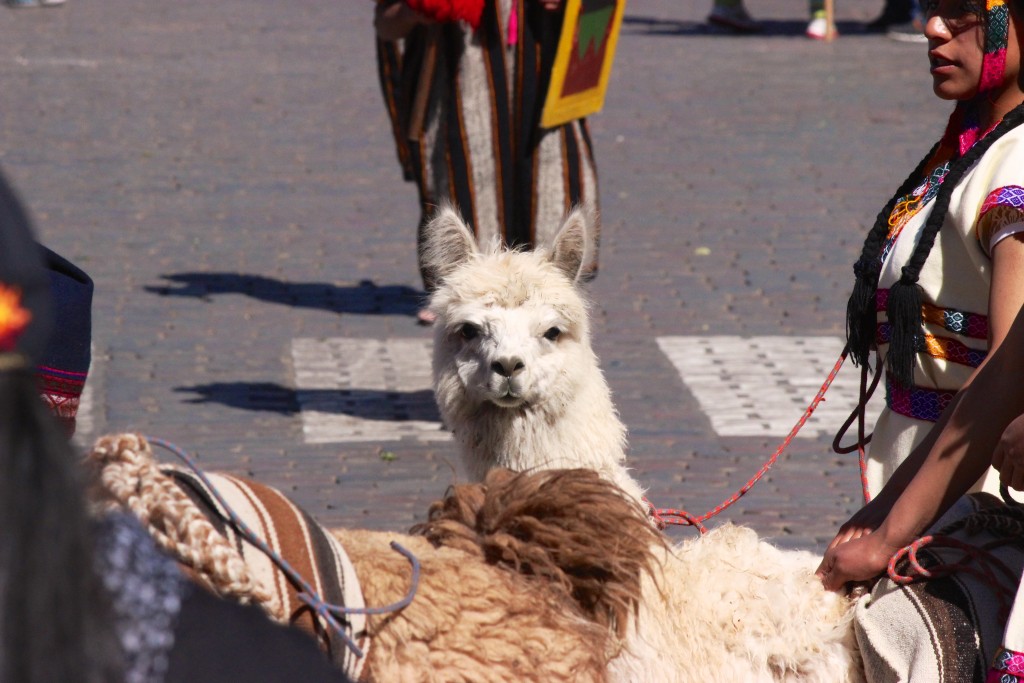 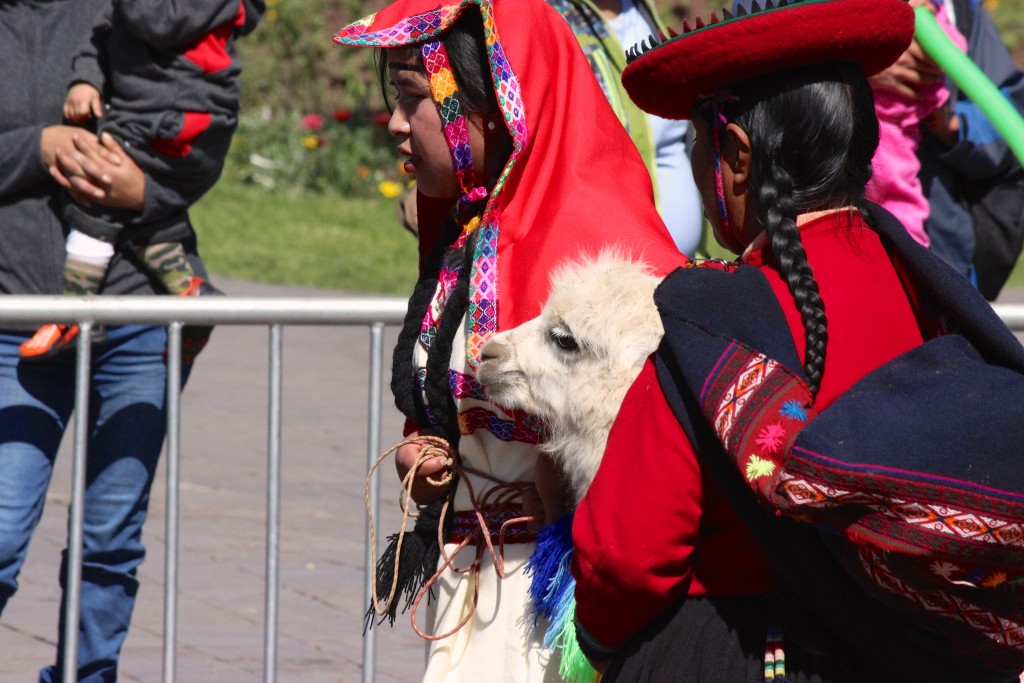 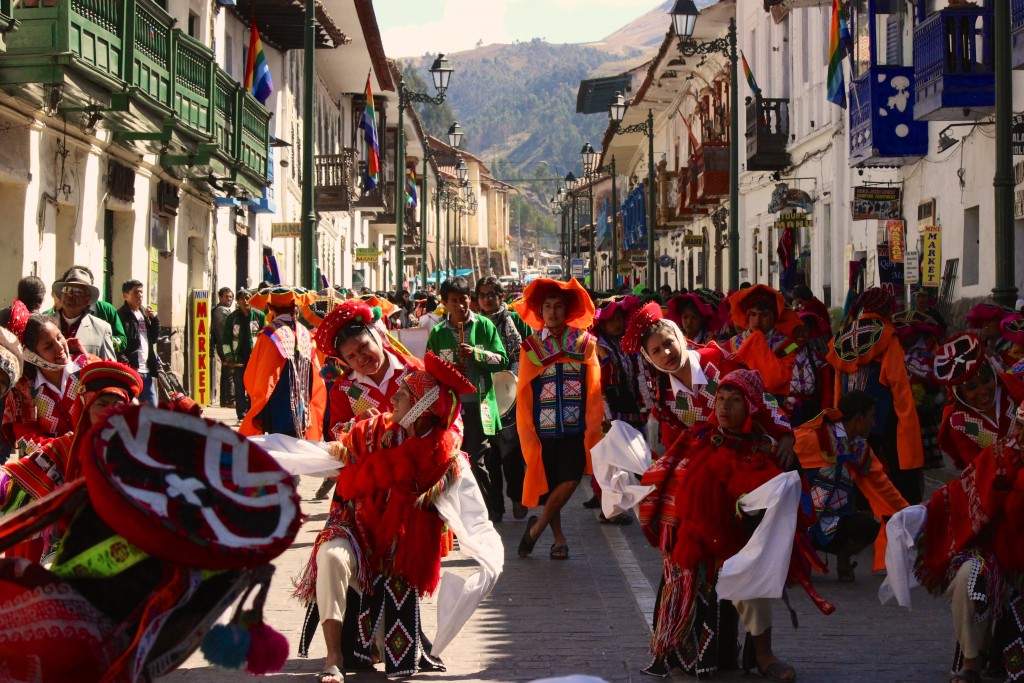 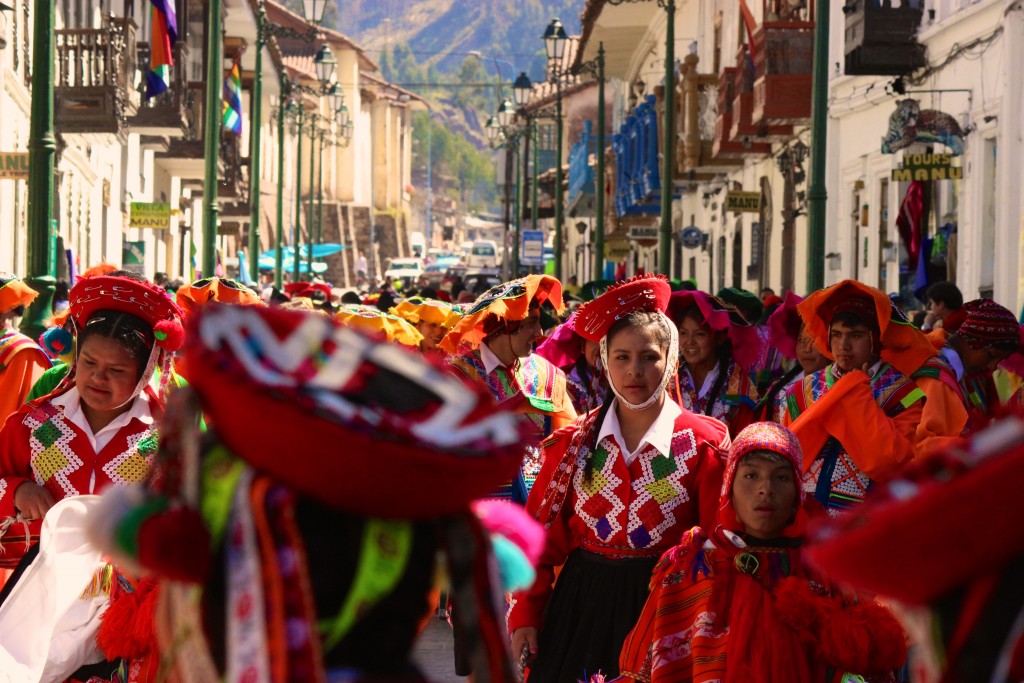 A Peruvian girl looking beyond the parade. 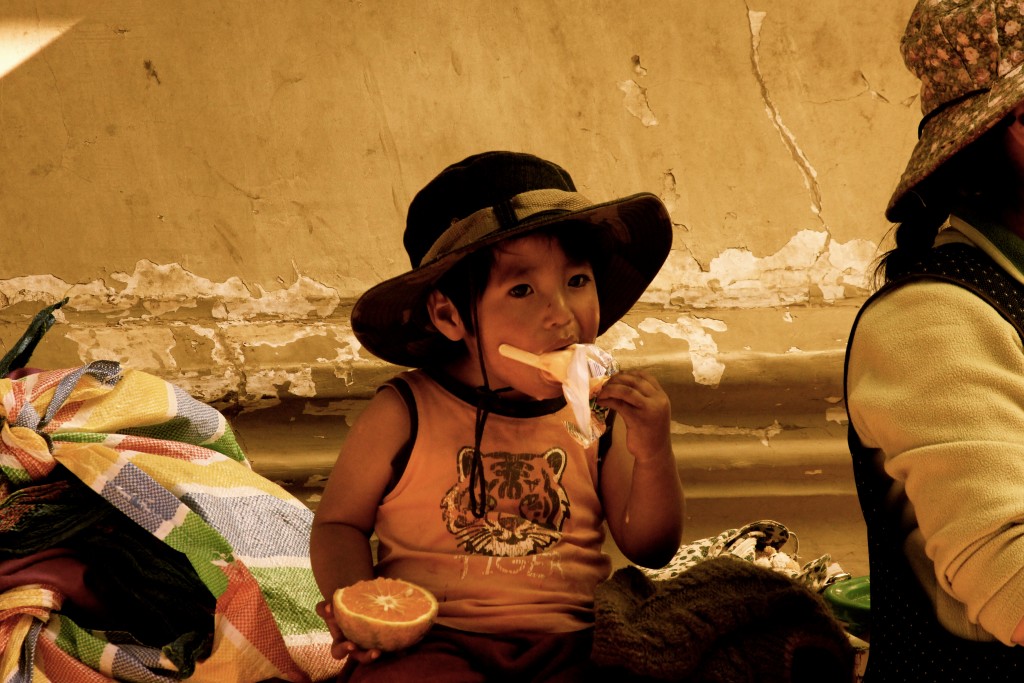 A boy sitting behind his mother as she sells fruits and vegetables on her market stand.

For the first day, not knowing what else to do, and flustered by altitude sickness and jetlag, I decided I would just go museum and landmark touring. 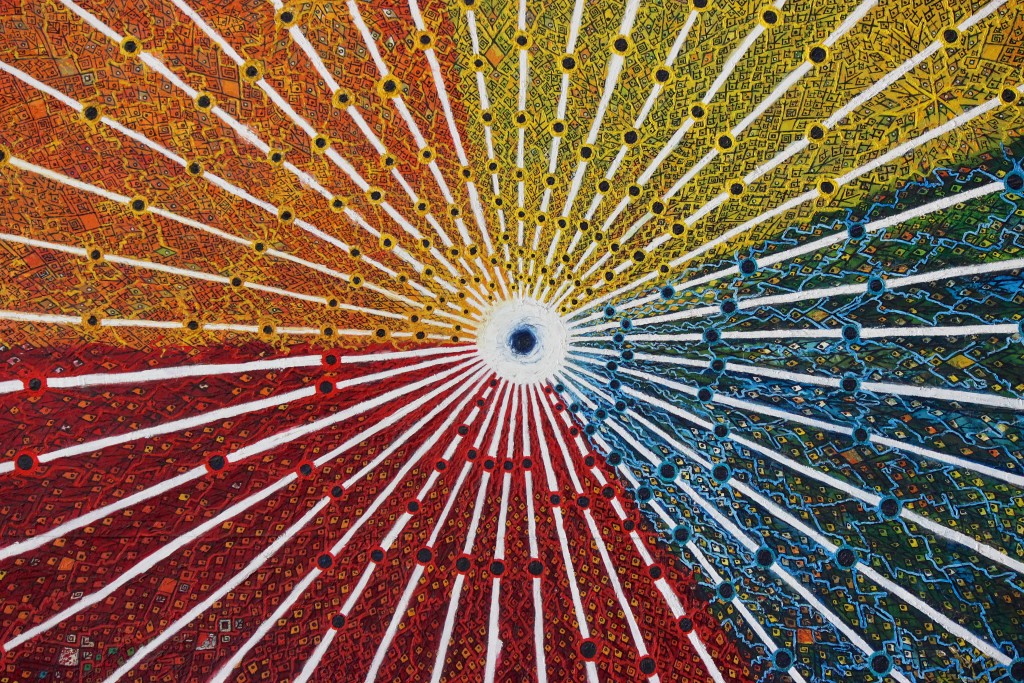 That lasted about 20 minutes until I grew bored, and decided I would rather soak myself into present culture than look at artifacts of the past. 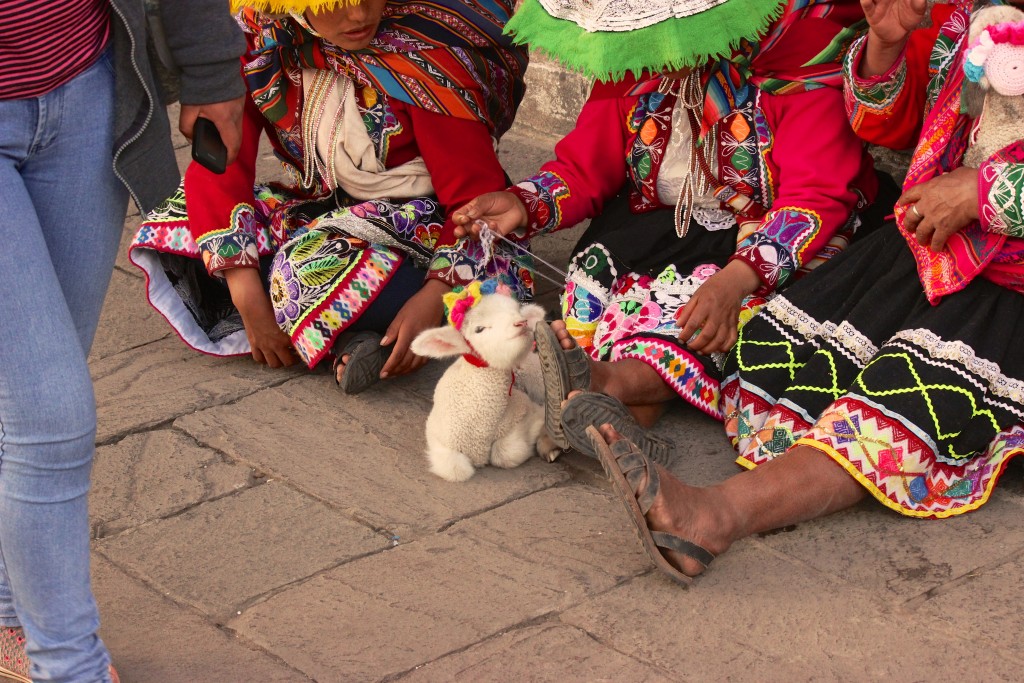 As the night fell, so did the cold. The streets became navigable with less people, and I headed in the direction of food. 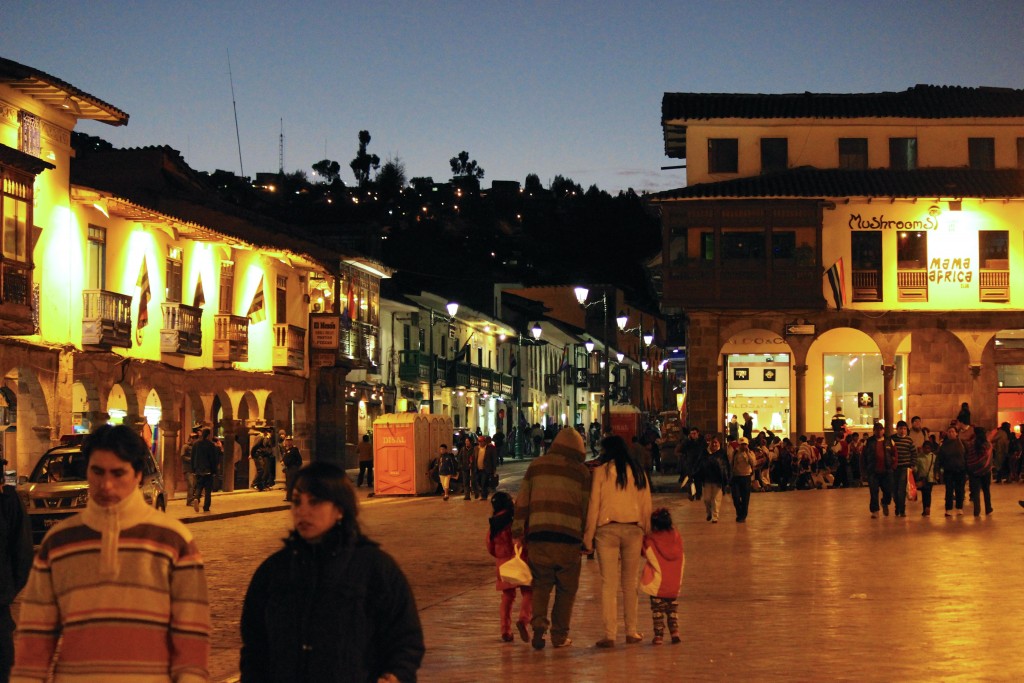 Peruvian nights were chilly but refreshing.

I had bad luck with restaurants in Cusco — lots of them run by people who have no idea what good food is. I found a shawerma joint that was really good, almost better than the authentic ones back home. 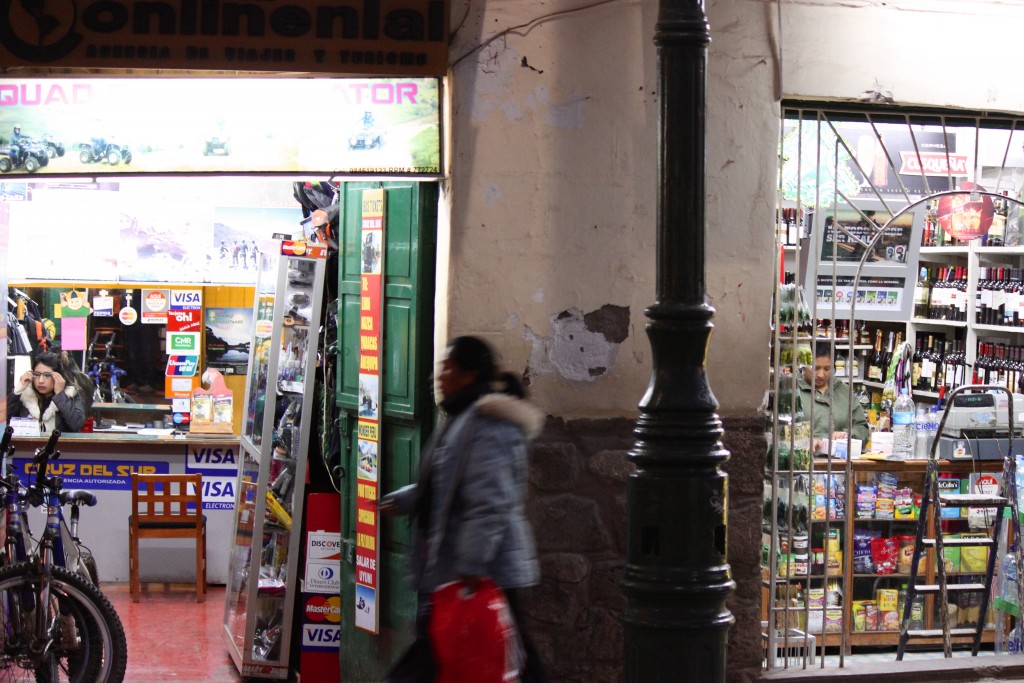 Shop workers waiting for the night to end.

As the sun rose to a bright start the next morning, so did I, and decided I would venture off towards the mountains and see where that takes me.

I walked upwards and upwards, until I happened upon a young man that asked me if I wanted to ride a horse into the mountains. 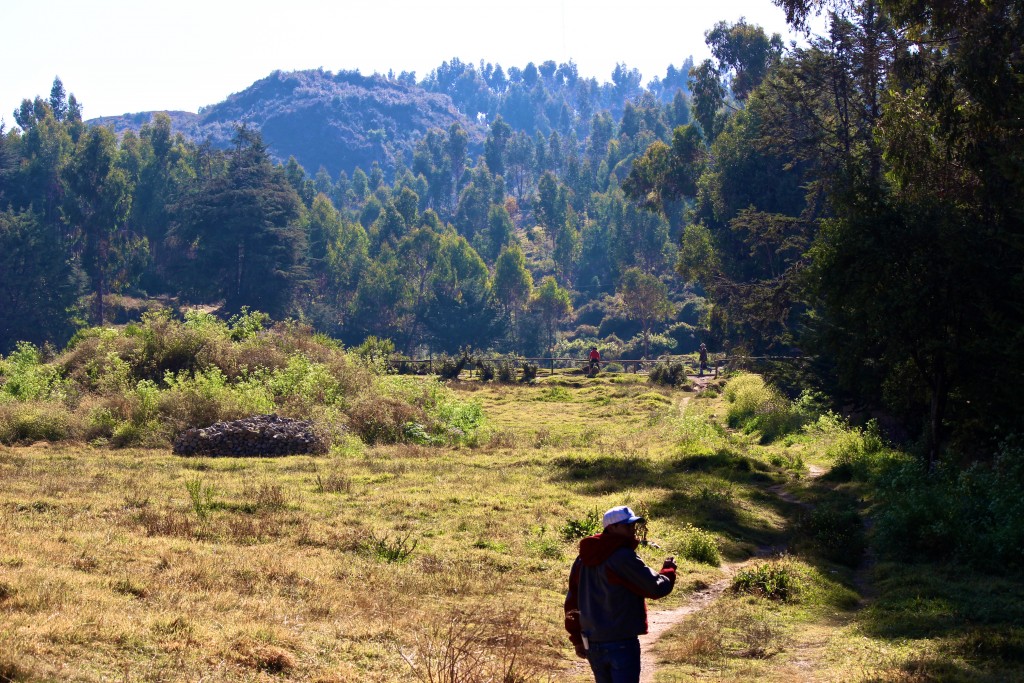 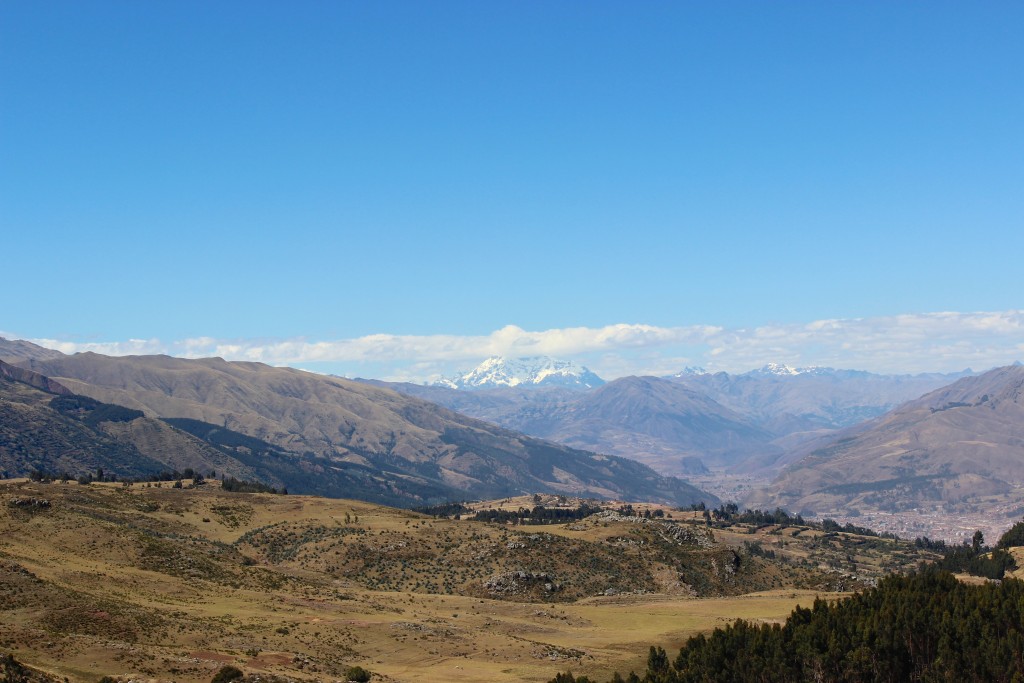 The views were breathtaking, both literally and metaphorically.

The man guiding me looked young but old. Probably 34. He spoke little english, but enough for us to communicate. I spent the entirety of the morning with him as he took us up treacherous mountains. We rested near a stream of water that ran all the way down from the mountains and through the plains, of which seemingly ownerless horses drank from. I sat in beautiful repose for half an hour, soaking in the tranquility of the scene. I was desire-less, and did not wish to disturb the moment with a photo. That image lives in my memories in its most noble form. 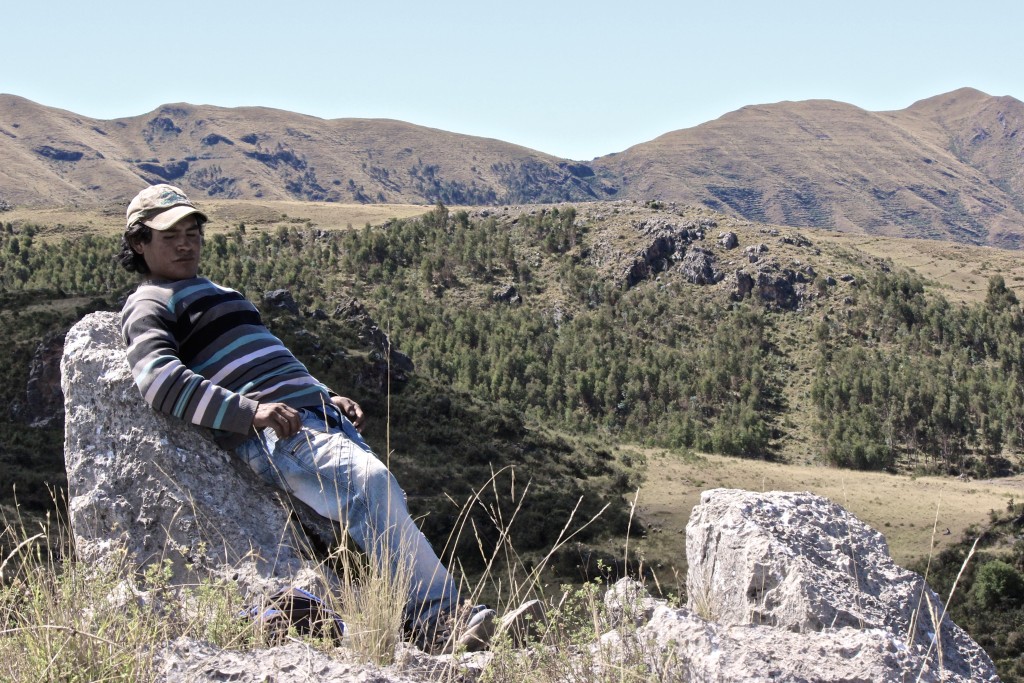 A lot more dangerous than it looks. Beneath him was death.

The mountains were extremely steep, and I was amazed that our horse was able to ascend it with me on its back. I felt bad for the horse, but my friendly guide told me not to worry, that they’re built for this terrain. 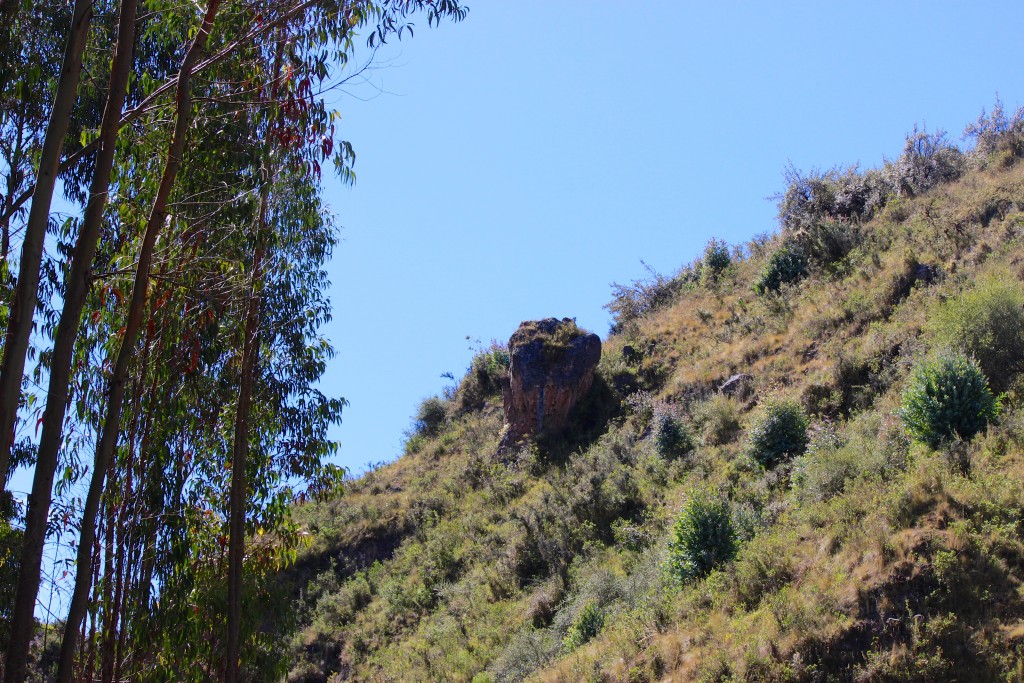 The steepness of the mountains. 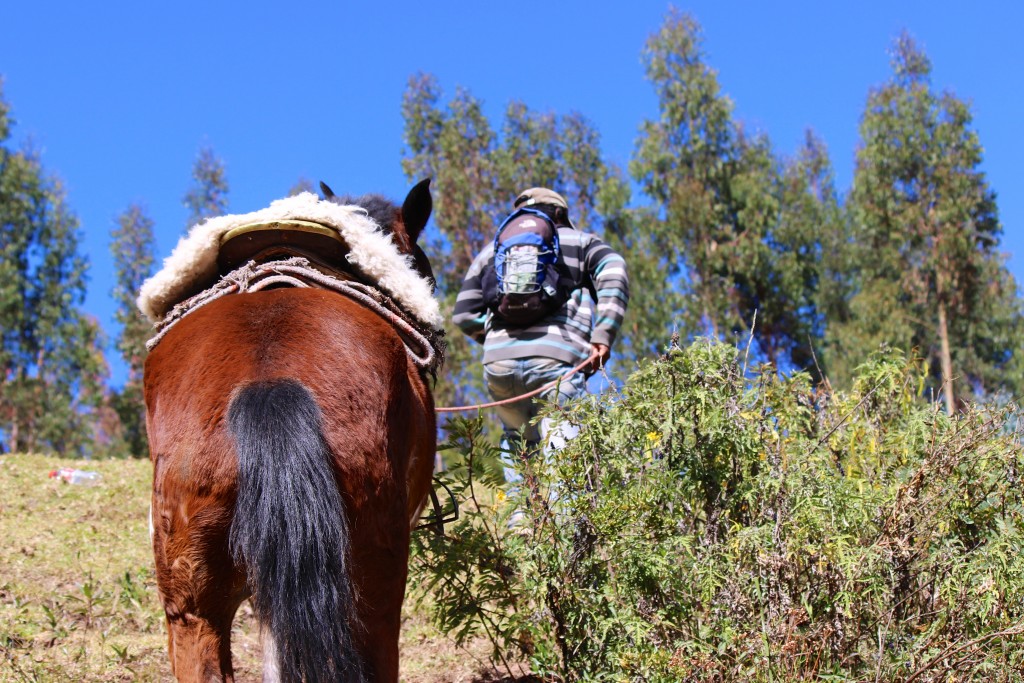 The horse that took us up.

On our way back, we encountered a stone-smith that crafted pipes and other memorabilia from stone, by hand. His talent and attention to detail was amazing and inspiring. 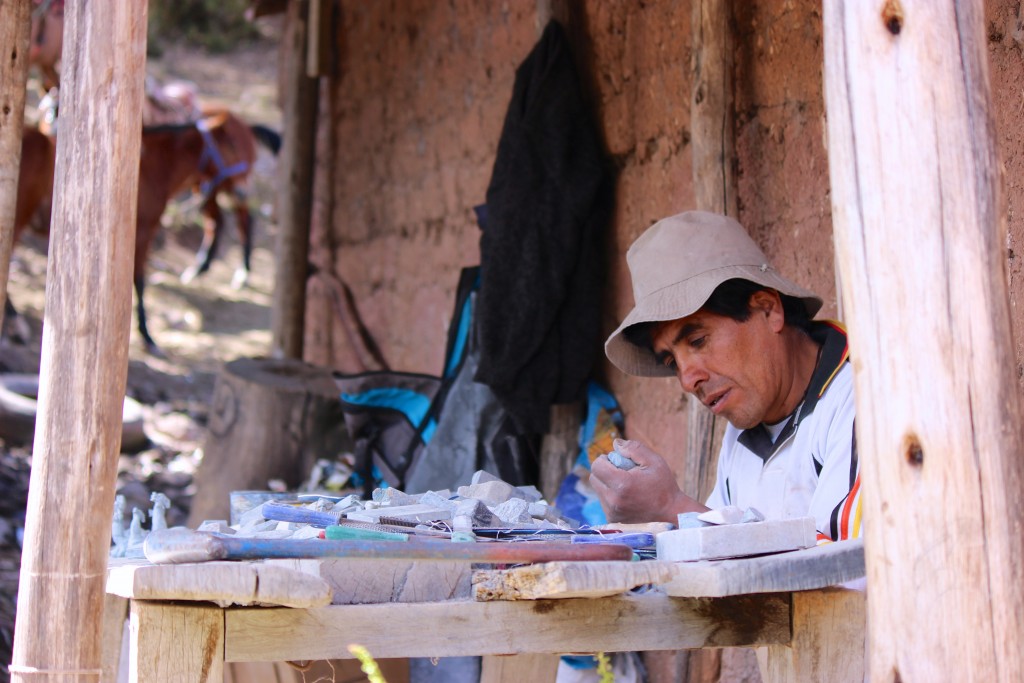 A stonesmith in the mountains carving objects from stone. 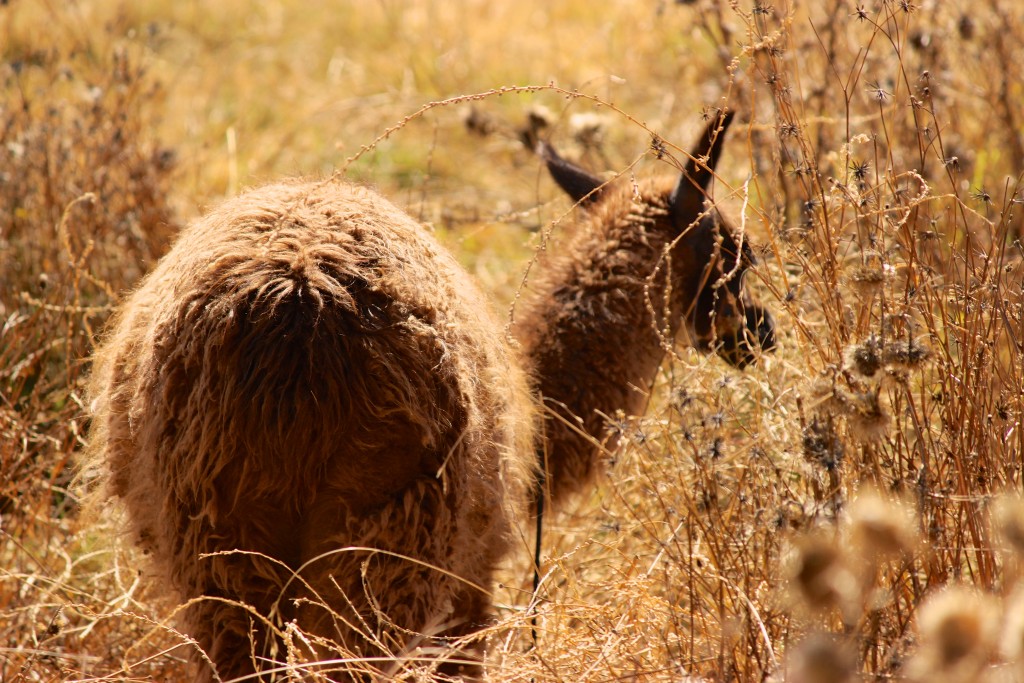 Alpacas grazed the fields all through out the mountain sides. 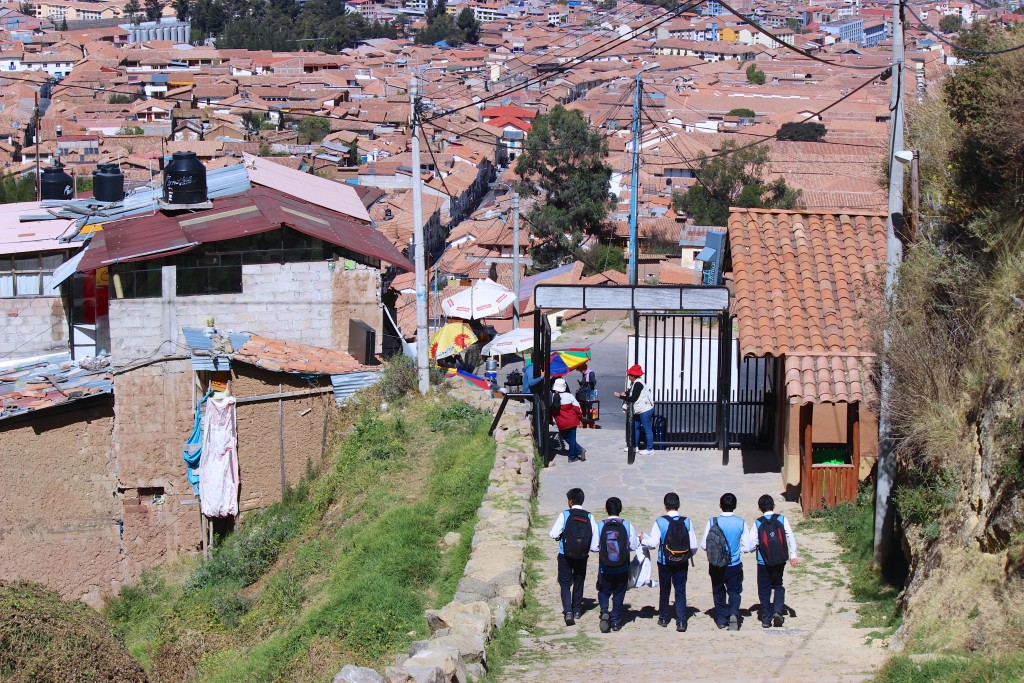 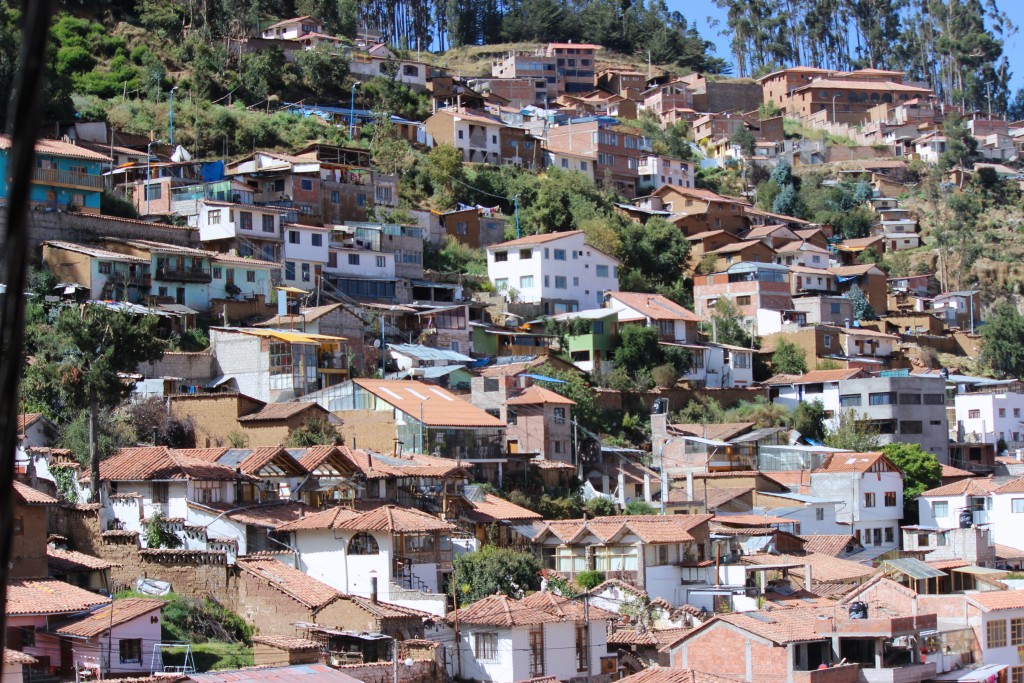 Steep mountains are no match for human ingenuity. 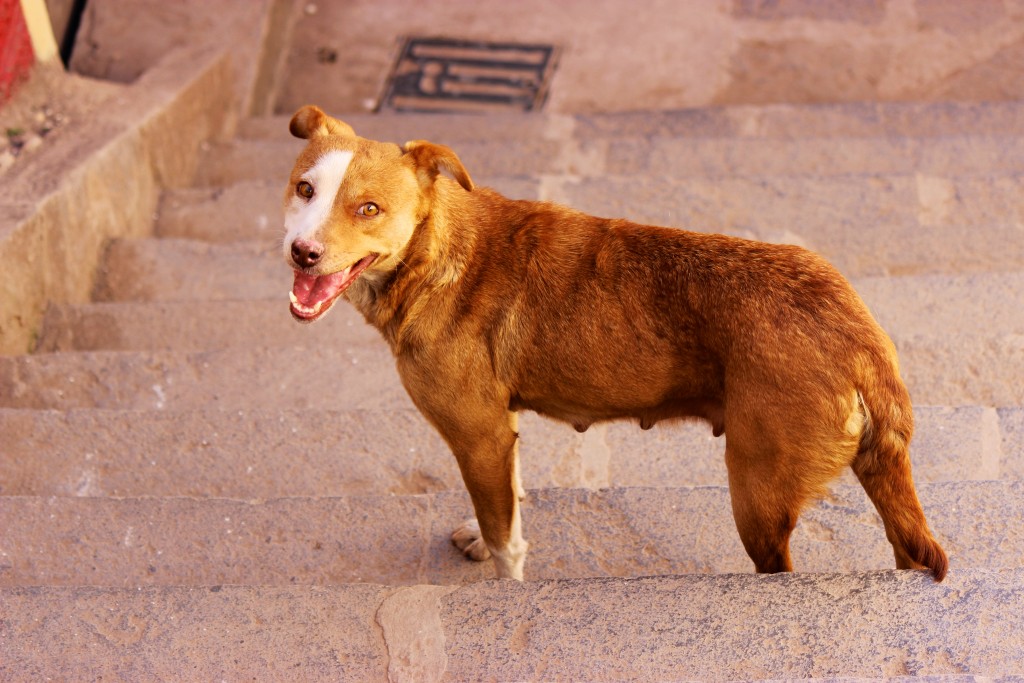 Beautiful dogs roamed the streets of Cusco, seemingly without an owner. 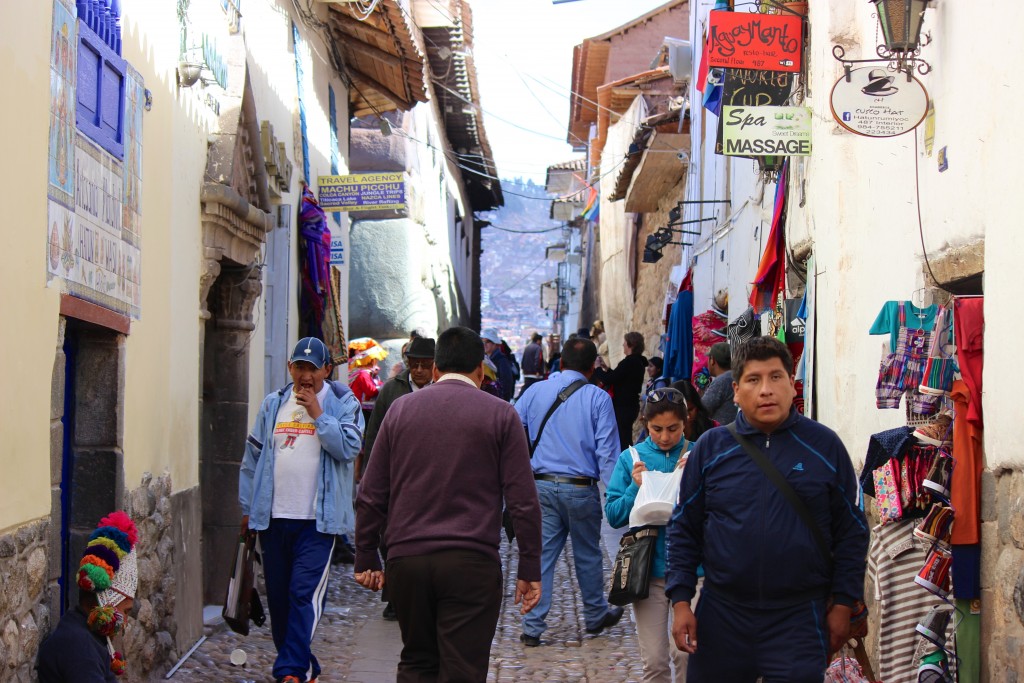 An alley going towards the city square, Plaza del Armas. 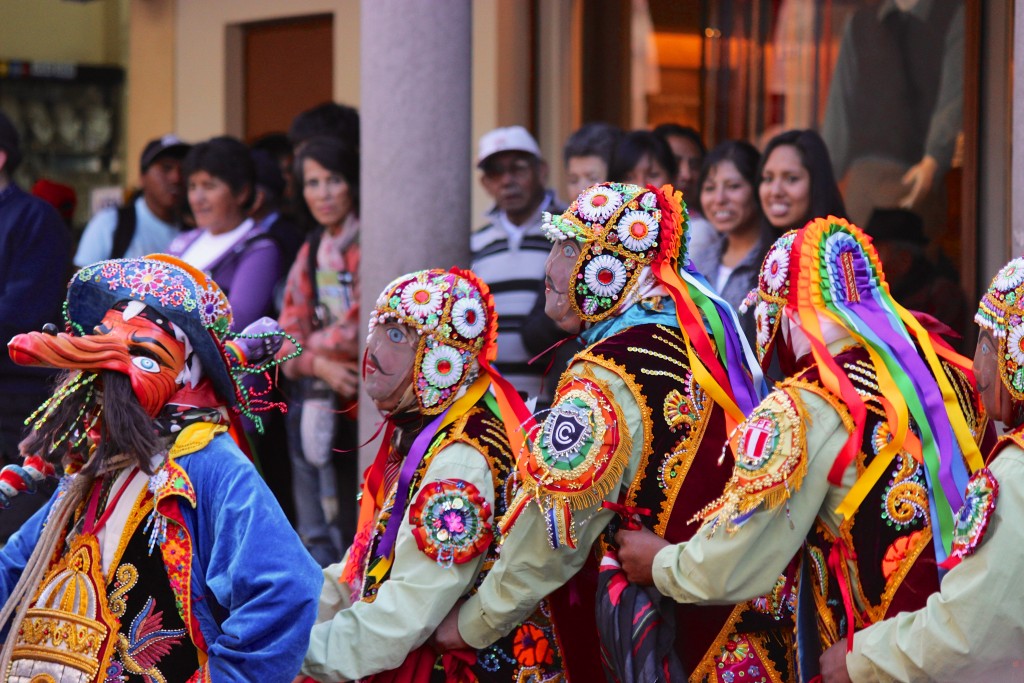 More parading in the city streets. The Peruvian color palette is both vibrant and psychedelic, probably owing to their ancestral and holy drug, Ayahuasca. The substance is a potent mix of plants, one of which contains DMT. It is legal for certain organizations in Peru to provide Ayahuasca for those seeking it. 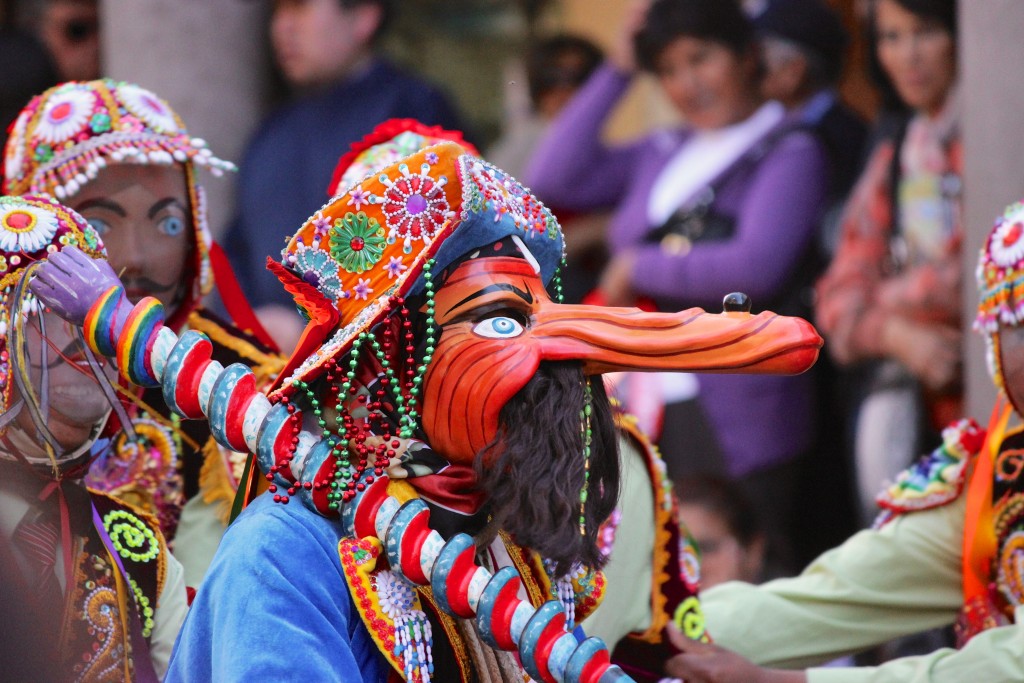 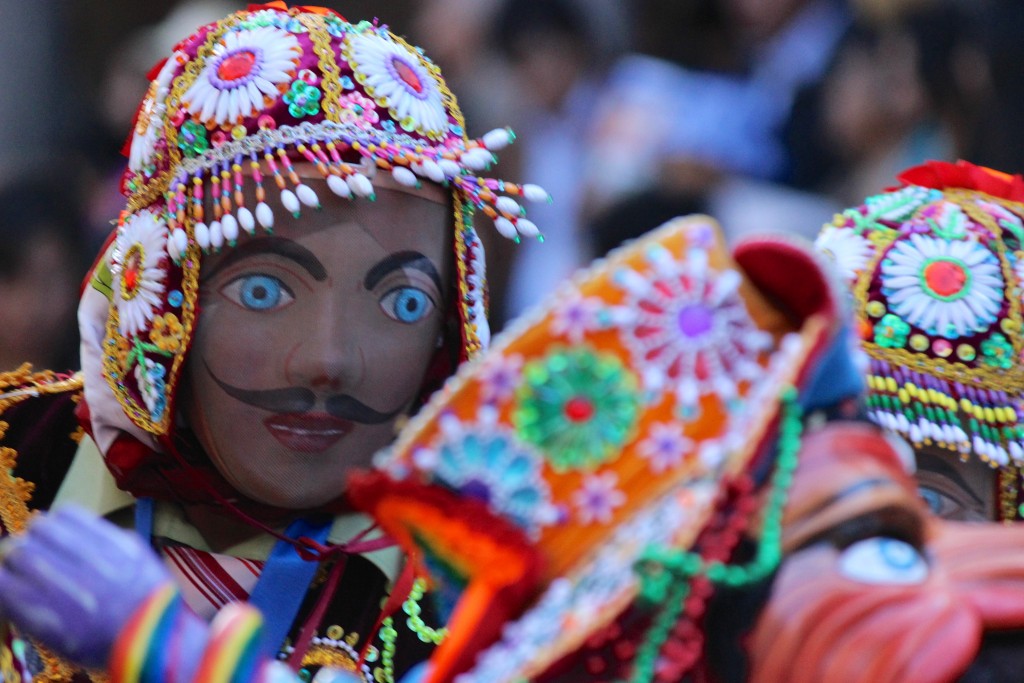 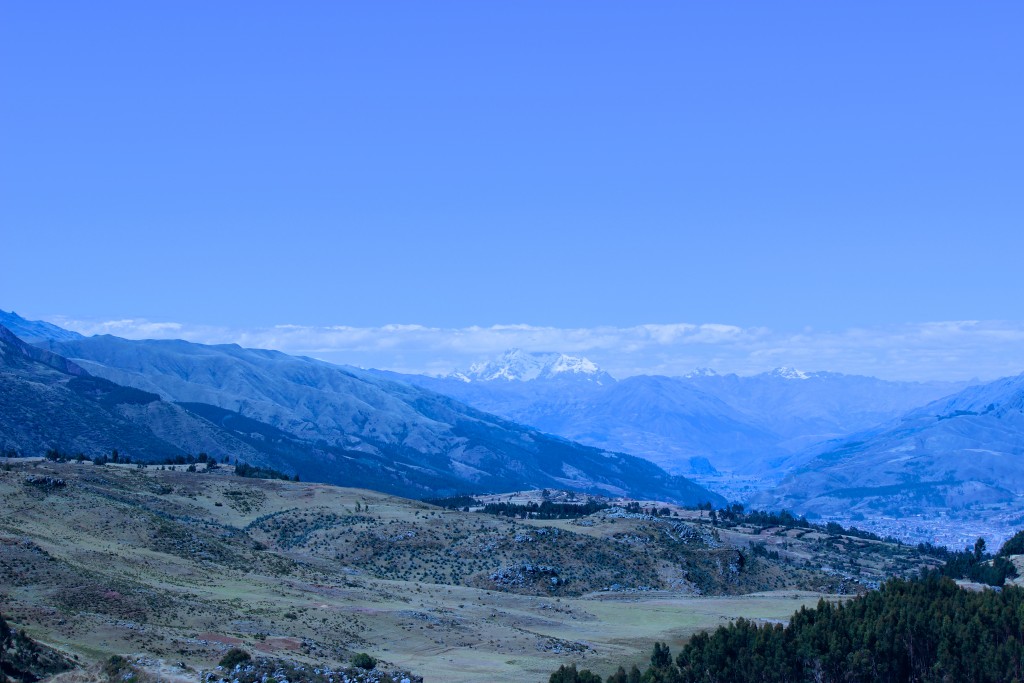 Dusk on the mountain top.

I spent the next few days on a lone home in the mountain tops, almost 30 minutes away from downtown Cusco. 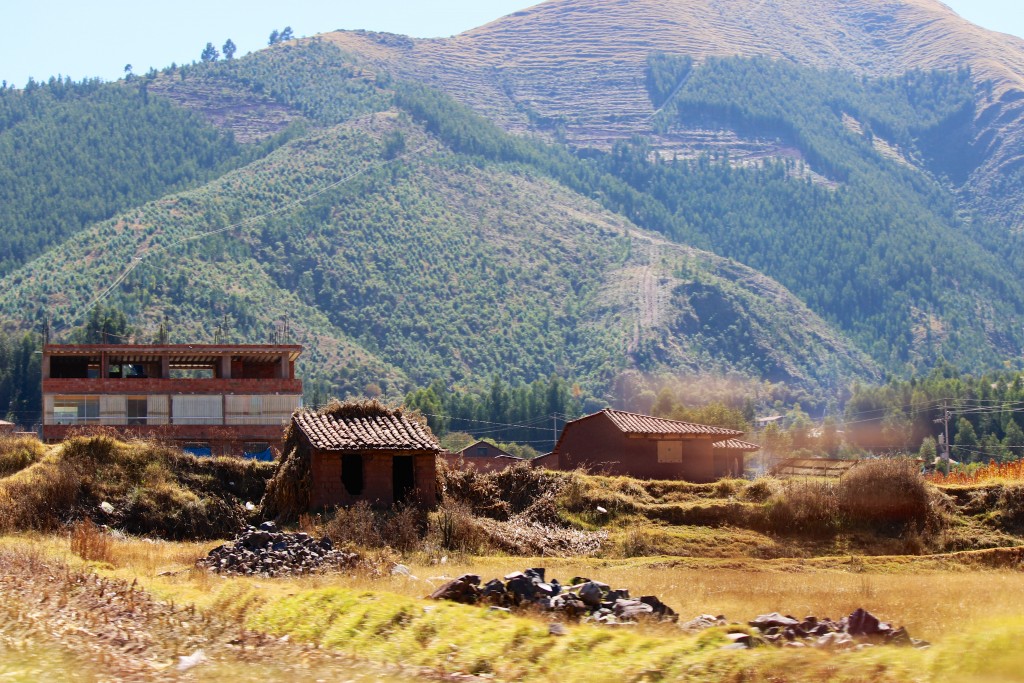 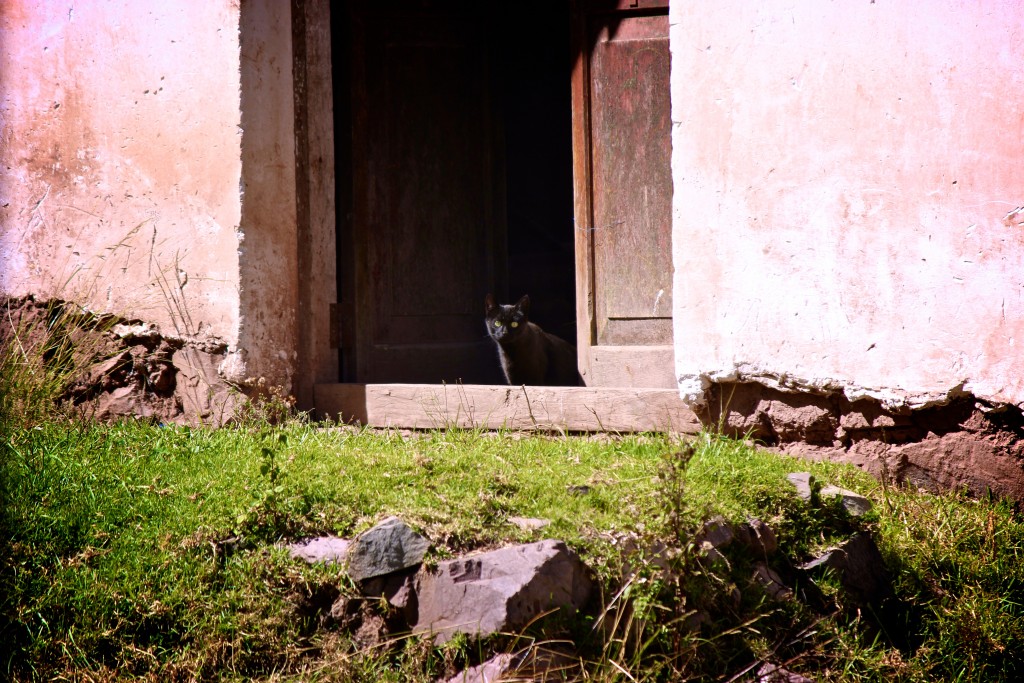 The only cat I saw during my entire visit. This was dog country.

The reason for my stay in this home, and its impact on my life is, however, a story best told another day. 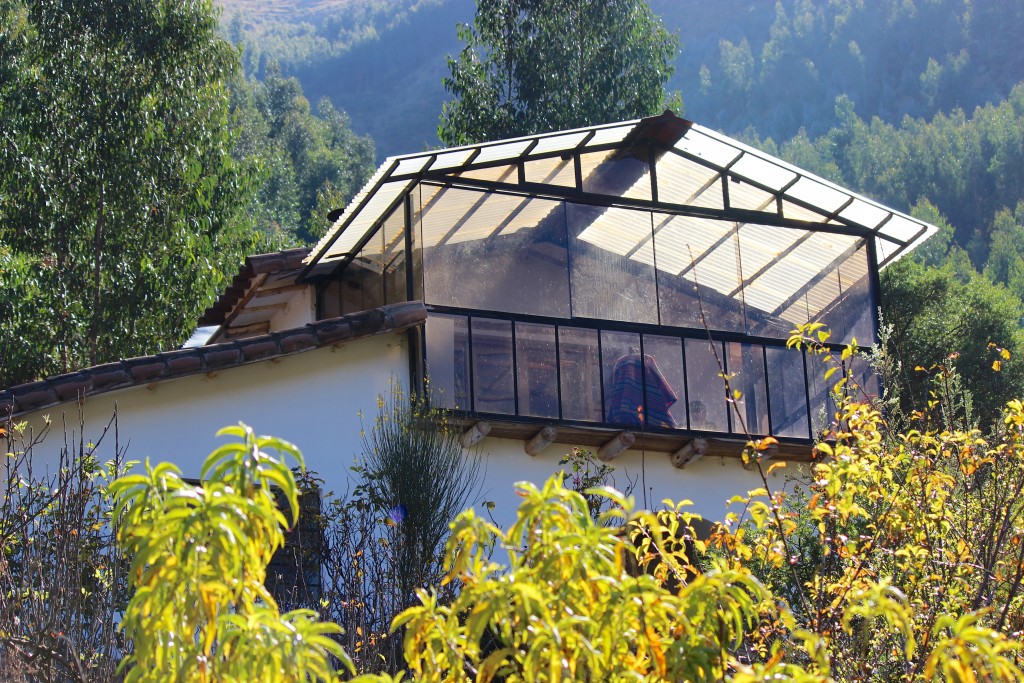 The room of a thousand stars.

You'll only receive email when they publish something new.

There are days, such as today, when I have absolutely nothing to write about, but in want of expressing myself or feeling productive, I sit at my computer and stare at an empty page and a blinking cursor. “What can I possibly write about?” I ask myself pessimistically. I scan my mind for possible ideas, things which might have happened today, notes I may have written down that might lead to a potential post. Nothing. I sit staring at the document for a few more minutes, reluctant to give up, whe...
Read post

Is it possible to hit deadlines while remaining friendly? If you’re like me, you always choose shipping over chatting. The result is hit deadlines and finished products; the price, neglected relationships and unfinished interactions. I often find myself asking, am I a mean person? Is it unreasonable that I ask not to be interrupted so that I can be more productive? Am I mean for being abrupt and pithy with my statements, when my intention is understandable and perhaps even noble? To accomplish...
Read post